Making Surrogacy Legal in NY? Catholics and Jews are on Opposite Sides 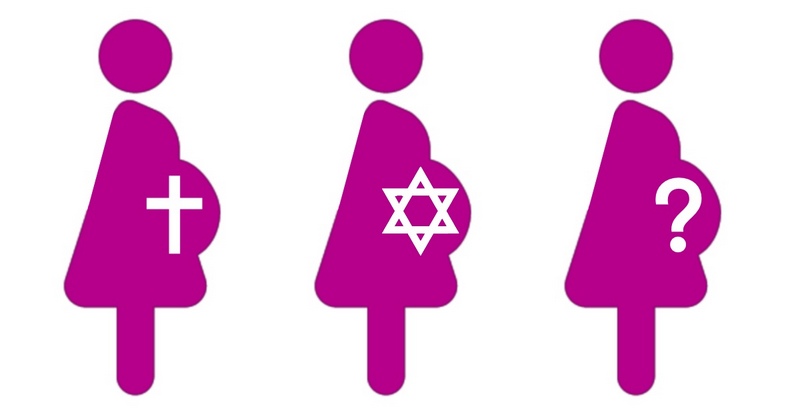 God commanded the first man and woman to “be fruitful and multiply.” Does assisted reproductive technology fulfill that mandate? The New York State Catholic Lobby submitted a memorandum of opposition regarding the Child Parent Security Act, which would make surrogacy legal in New York. A group of 118 Jewish clergy (rabbis and cantors) released a statement in support of it. These opposing attitudes throw into relief the differences between Old and New Testament views of the human relationship to God and what, according to these dogmas, makes an act holy.

Catholicism has been clear and consistent in its position on assisted reproduction technology: it is categorically against it. In vitro fertilization (and third party reproduction) is not really a “cure” for infertility, as would be, for example, surgery to unblock Fallopian tubes. It is a “work around” that sidesteps the sacred procreative act, involving a number of ancillary actions that constitute mortal and venial sins, such as masturbation (required to provide the sperm), adultery (if a donor egg, rather than the intended mother’s egg, is fertilized with the intended father’s sperm) and even murder, with the freezing and possible disuse of any extra embryos (which are considered “persons”). If you believe that life begins at conception, as the Catholic authorities do, then there is intellectual consistency in rejecting assisted reproduction technology completely, despite the sympathy for infertile couples and their sincere desires to have children. If infertility is your own personal truth, you must, as a Catholic, accept it.

The Conference’s memorandum’s purpose is to persuade the secular legislature against legalizing surrogacy, so it does not get into religious doctrine (even though it is the basis of their opposition). Instead it resorts to a pile-on of broad objections based on misunderstandings and misrepresentations of gestational surrogacy: it commodifies children, fees are lowered or withheld from surrogates when the child is stillborn or until the surrogate “surrenders” the child, it fractures families (they falsely claim that eggs from two different women are combined when creating a single embryo), it exploits poor women, it poses physical dangers to women and children, etc. There are just too many inaccuracies to correct here, but the point is that the Catholic Conference’s secular concerns of physical harm and exploitation are used as a cover for their religious objections. They did not take the time to learn how gestational surrogacy really works, because they could never condone it under any circumstances.

The Jewish endorsement comes from 118 Jewish clergy members who are part of Protecting Modern Families Coalition, a lobby group for the Child-Parent Security Act:

“From birth to Bar/Bat Mitzvah, marriage, and burial, at the core of most of the major Jewish life cycle events is family,” they say. “As rabbis, we know the visceral, central importance for so many of our congregants of building a family.”

These particular Jewish clergy members are not necessarily representative of Judaism as a whole, and this reflects the big difference from the Catholic view, whose clear and consistent message is fundamental to the nature of Catholicism. Judaism’s traditions of deep questioning and explications of the laws of God provide no definitive answer, and different clergy members can have different opinions.

The commandment to be fruitful and multiply is taken very seriously by the Jewish faith, especially in modern times after half the Jewish population was systematically wiped out. The perpetuation of Judaism is a matter of Jewish survival. Surrogacy is as old as the Book of Genesis, in the story of Sarah and Abraham and their “surrogate” Hagar. But the Old Testament could not imagine a woman bearing a child that was not her own genetically, that is, gestational surrogacy. According to tradition, one is born a Jew if the mother is Jewish. But what if the egg is Jewish but the surrogate is not? Or vice versa? Would the child need to be converted? These are just some of the questions that observant Jews grapple with in third party reproduction.

Some rabbis object to egg donation and surrogacy and some do not. But rabbis in general do make an effort to learn: there was an article in the New York Times (“Rabbis Train for Questions About Fertility Medicine,” March 13, 2006) that described a visit to a Brooklyn fertility clinic by group of rabbis. They wanted to learn about fertility medicine first-hand so they could better advise those who come to them with these kinds of questions. Their attitude is that God has given us this technology: how can we make it holy?

According to Catholicism, there is no holy path to a child via assisted reproduction. Only God can create an immaculate conception. The Jewish faith, ever skeptical and probing while struggling to survive (currently Jews represent less than 1% of the world population; Catholics represent about 16%) is open to allowing modernity keep its traditions alive.